Wes Licht has been riding and driving ponies and horses since he was six years old (over 60 years!). He has participated successfully in combined driving events, carriage classics and competitive (distance) driving events throughout the Midwest. In 1993, Wes experienced the World Pairs Championship CDE held in Gladstone, New Jersey, when he served as a referee on the marathon for one of the top German drivers. Wes drives singles and pairs and for the Wisconsin Sesquicentennial in 1998 he drove his four-in-hand in the Coach Run from Madison to Prairie du Chien. He has often been a presenter and an instructor at horse driving clinics where he enjoys sharing his knowledge. Wes was instrumental in helping the Harvest Moon Carriage Classic (a fine pleasure driving event in Iowa) get its start and was its first judge.

For many years he also has been the organizer and judge of the obstacle driving classes at the annual 4th of July Open Horse Show supporting the Three Gaits Therapeutic Riding Center in Wisconsin. He has demonstrated regularly at the Midwest Horse Fair. Wes is a founding member and has served as president of the Dairyland Driving Club, Inc. (DDC) and the Midwest Distance Driving Association (MDDA). Wes took early retirement from teaching children and now specializes in teaching horses to drive and people to drive them. He has benefited from the expertise of friends in the DDC and MDDA, and from clinics with nationally and internationally recognized drivers including Bill Long, Debbie Banfield, Craig Kellog and Bill Lower. 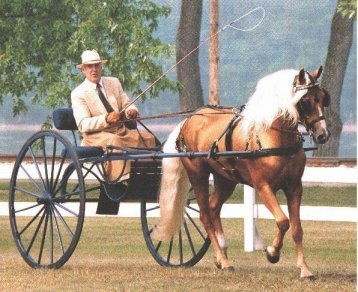 Enjoy a unique Wisconsin winter experience with family and friends.

Add a memorable experience to your wedding or special event.

We're experts at training horses to drive and teaching people to drive them well.

We specialize in training people to drive horses. We also provide riding lessons.

Want to hire us for your equestrian needs?